The first eight weeks after sowing are a crucial period for any maize crop, whether it’s destined for a biogas plant or a cow’s stomach, says Charles Wright ...

Farmacy business development manager and Lincolnshire agronomist, Charles, says: “all too often, conditions can go against growers, as the very dry conditions in many areas this spring, on the back of one of the wettest winters on record, clearly demonstrate.

It will be several months before we know what impact any underlying soil damage, sub-optimal seedbeds or lack of water will have on yields of crops in the ground now, but potential may well have been dented.

“Maize has dictated its final yield potential by around eight weeks after drilling, therefore the margin for error is narrow,” he adds. 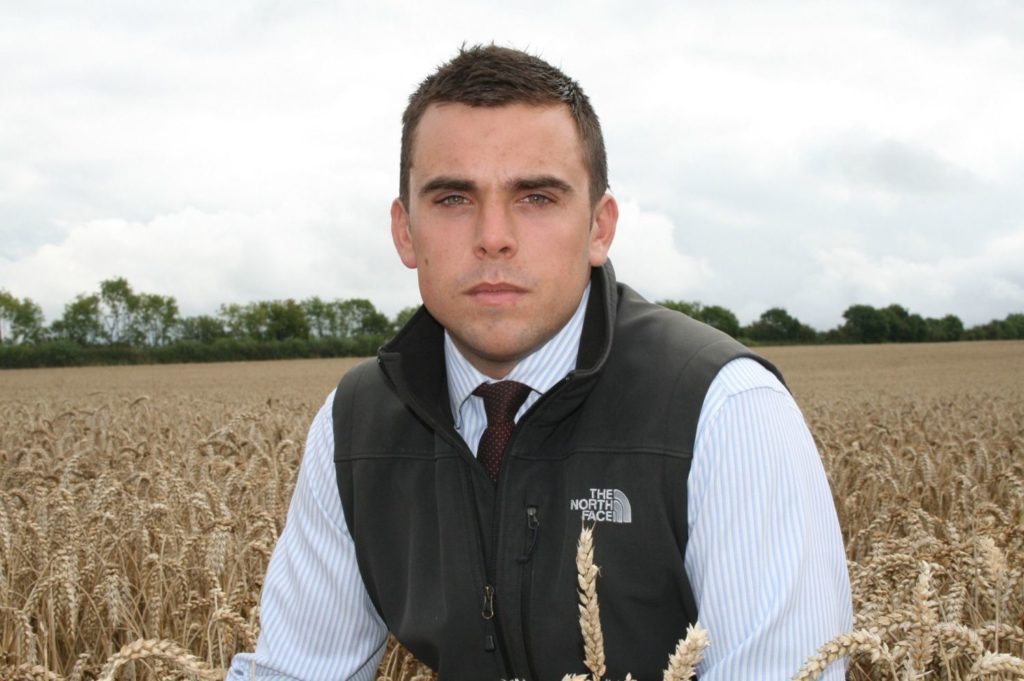 Last season, Charles conducted a series of farm trials at Flawborough Farms in Nottinghamshire, examining ways to maximise yield potential during these first two months. The business grows 400-600ha of maize for anaerobic digestion, as a replacement break crop for oilseed rape in the rotation.

Although the trials focussed on nutritional strategies, variety selection (varieties with lower FAO’s due to the need for early harvest on heavy soil), seed rates and seed placement, the overriding importance of good soil condition ahead of drilling shone through, he says.

Healthy, well-structured soils are more resilient to extreme weather variations, which is crucial when growing any spring crop on heavier land that can sit cold and wet in spring then bake dry in summer.

There is no quick win though, he says, so creating the conditions for a successful maize crop requires a year-round strategy, beginning as soon as the preceding crop is harvested.

“I often think maize preparation is left too late as maize is the last crop to be sown, but it’s probably the one crop where the start of its life is integrally linked to how well it will perform with regards to yield and quality.”

The trials at Flawborough Farms were on predominantly heavy land, sown on 7 May 2019 using a Sly Horizon Agri Drill on 50cm row widths. Soil conditions were ‘excellent’, although spring 2019 was also a dry one, recalls Charles.

He believes it was the seedbed preparation in the previous autumn that was a key factor in getting the crop established well, especially as maize roots are very sensitive to compaction. Typical maize establishment at the farm is around 90% with the precision drill.

Maize generally follows winter or spring barley, with land cultivated to 125mm (5 inches) deep using one pass with a Horsch Terrano, explains the farm’s Tom Hawthorn. This is then left to weather over winter and sprayed off with glyphosate before drilling. While the no-ploughing strategy works well and benefits natural soil structure and health, he acknowledges establishment has been lower this year after the difficult conditions.

“Seedbeds were not very good given the lack of winter frost and constant beating from heavy rain, followed by ground drying too quickly and becoming very hard,” says Tom.

Ironically, there was no legacy of compaction or soil damage from the previous last season, as harvest was carried out in Sept and because the soil isn’t ploughed, it carries machine weight well, he adds. Tom believes their non-ploughing policy for land destined to go into maize improves soil resilience and “makes life easier” for subsequent seedbed preparation and establishment. Strip tillage will also be key next season and catch/cover crops between harvest and spring drilling, which aren’t currently used at Flawborough Farms, are also being considered.

The trials found that good soil condition is central to strong establishment, so it’s important to assess soils to identify and rectify issues well in advance, suggests Charles. “High fertility and good soil condition limited the impact of the nutritional strategies we looked at but there could be bigger differences on less fertile sites. Placing liquid fertiliser had no negative impact compared with DAP, but liquid placement is more precise, so this may allow less product to be used in future.”

Accurate placement depth, consolidation and evenness of plant emergence are vital to maximise the potential of each seed – late emerging plants came to nothing, he highlights.

“High amounts of starter fertiliser could be detrimental to crop establishment due to increased salt content in and around the seed.

No significant differences were seen between post-emergence nutritional treatments and Charles suggests any foliar nutrition is applied early for best effect and before herbicides, at around 3-4 true leaves.

“Avoid weed competition by tailoring post-em herbicides to individual situations because broadleaf weeds can be very damaging to yield. In the trial the higher seed rates looked better, but it was the 115,000 plants/ha rate that yielded the best,” says Charles.

Of the six varieties tested – Movanna, P7236, RGT Duxxbury, Prospect, Autens KWS and P7526 – it was Movanna that produced the highest fresh weight yield, with Prospect a close second, he adds.