Last year was tough going for many sugar beet crops, so as another season begins, Farmers Guardian gets some expert agronomy advice for the crucial spring establishment period ...

Optimising plant population is widely recognised as the foundation to higher beet yields, but in years like 2020, it is far from straightforward.

Even when crops have emerged successfully, they may face many pressures which can all compromise establishment and yield potential.

It is impossible to predict whether 2021 crops will face the same pressures from virus-transmitting aphids, disease or the weather as previous years, but there are ways growers can mitigate the risks and build crop resistance.

Young beet is vulnerable to weed competition and, with fewer post-emergence options following the loss of desmedipham, growers may have to be more flexible, says Farmacy agronomist Jack Richardson.

Desmedipham was more effective than many other herbicides in cool, dry conditions, so therefore alternatives may have to be used earlier, more frequently or at more robust rates to achieve comparable results in such conditions, he says.

“If we get a normal mild, damp spring, growers should have no trouble keeping weed-free with existing chemistry. However, if conditions are dry and cold, things could be trickier.”

Ideally, weeds should be targeted at the cotyledon stage, particularly species such as fat hen, which is fast growing with waxy leaves, making it very hard to control if left to grow too large, he says.

Every farm and weed spectrum is different, so product choice and rate depends on the species present and how strong the beet crop is.

Mr Richardson’s favoured approach tends to build on strong residual herbicide programmes with a follow up metamitron-based product, and ethofumesate if black-grass is a concern, or phenmedipham for broad-leaved weeds.

If volunteer potatoes need controlling, he recommends applying products based on actives such as triflusulfuron-methyl or clopyralid before the crop meets in the rows to ensure spray reaches its target.

Any bolters should also be tidied up before they set seed, which is usually from July onwards. This is particularly important for anyone growing herbicide-tolerant Conviso beet, as removing bolters is part of the grower stewardship agreement.

Although aphid pressure has so far been lower than last year, when significant numbers were flying from March onwards, growers must remain vigilant throughout the first 12 weeks after drilling when crops are most vulnerable, Mr Richardson says.

He recommends regular inspections, paying particular attention to areas aphids are likely to migrate into first, such as sheltered parts of fields or around hedgerows.

He says: “Treat crops as soon as the threshold of one green wingless aphid per four plants is met.

“Chemical options are very limited, so accurate timing is vital.

“Growers cannot afford to leave crops untreated as this could allow the virus hubs to develop within the field, from which it is easier for the aphids to spread infection.”

Building strong, healthy crops which grow past the vulnerable stage as quickly as possible is key to mitigating virus yellows risk, he says.

Rapidly developing canopies have a high requirement for nitrogen and other essential nutrients, so crops must be adequately supplied to prevent deficiencies limiting growth.

Mr Richardson says: “Make sure the full dose of nitrogen is on in good time, which typically means applying the second split by the time crops meet down the rows.”

Manganese and magnesium have a central role in chlorophyll production and maintaining green leaf area, so are a key nutrient to focus on, west Norfolk-based Farmacy agronomist and former farm manager Richard Bailey adds.

“Manganese nitrate is usually applied with a herbicide once crops start growing quickly and may be followed with a later application of manganese and magnesium if required.”

There also appears to be a strong case for foliar potassium in sugar beet, given the nutrient’s role in regulating membranes in stomata guard cells, which could benefit drought resilience, he says. 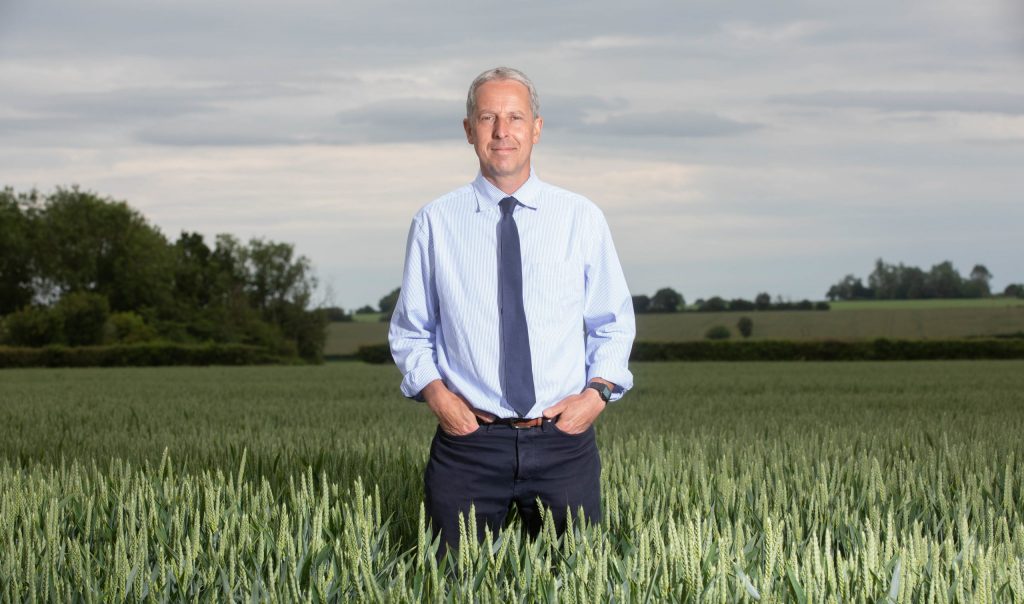 Boron is another important addition once crops reach full canopy, as deficiency can lead to death of the growing point (heart-rot).

Biostimulants or phosphites offer a potentially useful addition to early nutrient programmes for mitigating the effects of stress events, but only if applied in advance to healthy crops, so it can be hard to predict when stress events will occur, says Mr Richardson.

He says: “Biostimulants could be included with some nutrition, such as manganese, but phosphites should be applied as a separate application, usually from the 2-4 leaf stage to get maximum benefit.

“Phosphites effectively kick-start the plant to produce more roots, which helps it access soil nutrients throughout the season.”

This should be supported with a two- or three-spray fungicide programme tailored to individual varieties, seasonal disease risk and lifting schedule.

The appearance of rust or mildew usually drives the first fungicide timing in mid- to late July, which is traditionally followed by a second spray about four weeks later and a third for late-lifted crops, he says.

There are three main fungicide options to consider, all based on combinations of strobilurins, such as azoxystrobin, trifloxystrobin and pyraclostrobin, plus the triazoles cyproconazole and difenoconazole.

Mr Richardson says: “Aim to start strong with something such as cyproconazole + trifloxystrobin to protect green leaf area for the longest while sunlight levels are at their greatest, then alternative actives through the season for resistance management.”

This season is the last opportunity to use products based on epoxiconazole in sugar beet, following its withdrawal, and Mr Bailey urges growers to check revocation dates carefully as they vary.

He says: “Epoxiconazole has been useful for rust control in beet, but there are other options and new products in the pipeline, which should mitigate any significant impacts from its withdrawal.”

While rust and mildew generally still drive fungicide decisions, growers may need to be more flexible with traditional timings or consider an intermediary spray if cercospora appears in between the two main fungicide treatments, as occurred last season.

“Acting promptly at the first signs of infection is essential given the limited chemistry available; the disease is resistant to strobilurins and there are strains insensitive to triazoles.”

New options, such as a flutriafol-based product, are available this year and others should be approved in future, he adds.

Be Alert to BCN

Soil-borne beet cyst nematode (BCN) is an increasing issue on some farms and one all growers should watch out for.

Mr Bailey says: “If you see patches which are wilted or suffering, get a spade and dig up a few roots, as cysts are fairly easy to see with the naked eye. Symptoms can get masked later in the season, so it should not be ignored, and talk to your agronomist or the British Beet Research Organisation.”

If BCN is confirmed, map problem areas and formulate a plan for how to manage the issue, he advises. Growing tolerant varieties can reduce the impact on yield, but is unlikely to address the underlying problem, so a wider break between beet crops may be most effective.

He says: “Think about BCN across the whole rotation, especially if you are growing oilseed rape or cover crops, as brassicas can harbour the pest.”