With a focus on efficacy and minimal crop damage this year’s herbicide trials have identified a potential new entrant in the brassicas sector ...

Carl says: “We were pleased to see that those considered industry standards, such as WingP (dimethenamid-P + pendimethalin) and Gamit (clomazone), are still up to the job, but there was one new one in particular that stood out in terms of efficacy and crop safety.”

“We are pleased that this herbicide will be brought forward by the manufacturers for approval for brassicas.” 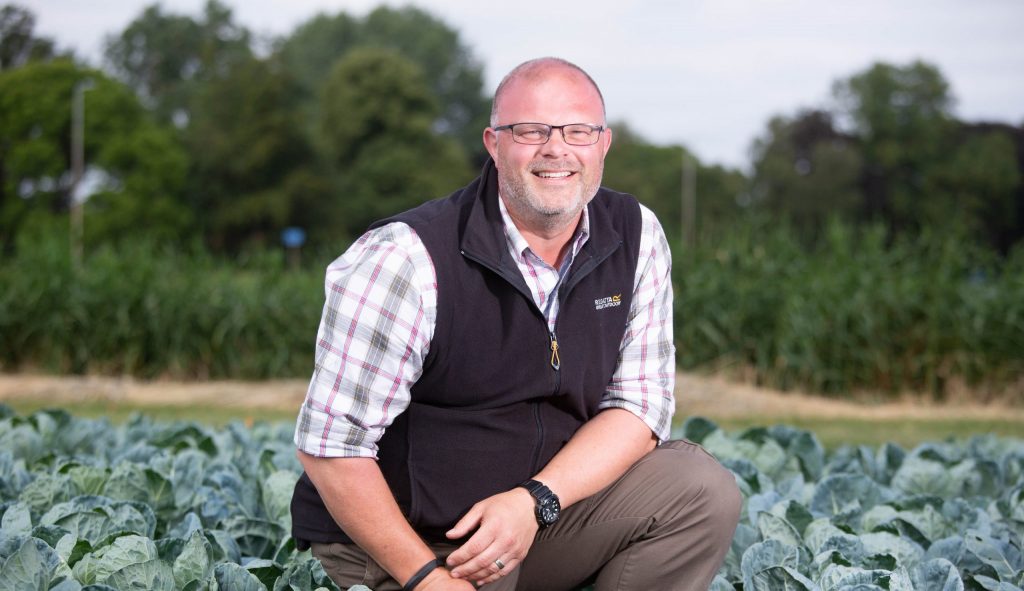 The trial also looked at an emerging co-formulation contact herbicide being developed for the brassica industry for use later in the crop’s growth. Crop safety was good, and efficacy was better when weeds were still small up to two true leaves. “This puts it on a par with Lentagran (pyridate), which, to be fair, also works up to the two leaf stage.”

Not all the herbicides trialled were crop safe in brassicas; so the research explored whether they caused less damage when used in a mix at reduced rates. “There were some actives that were really good on weed control, such as those coded as numbers 5, 6 and 7, but unfortunately they left the brassica crops virtually dead, so unfortunately they are no good for our sector.”

Treatment number 10 also performed well in assessments of weed cover after 42 days, he reports. “There was no statistical difference with overall weed control between Treatment 10 and imethenamid + pendimethalin. By mixing WingP + Sultan + Gamit (dimethenamid + pendimethalin, cyflumetofen and clomazone), the weed spectrum targeted was broader, and were seen to be doing a good job.”

Treatment numbers 17 and 18 showed good residual control after the 42 day period but crop damage levels were high when these actives were used.

The plots were set on Lincolnshire silts, and the weed burden was mainly redshank, with fat hen and groundsel. Planting was done on May 19 but because of high wind, it had been necessary to hold the application of the residuals until May 26. Contact herbicides were applied on June 23 in warm (20deg C) bright conditions.

“At planting the soil was quite dry, and despite a few showers after which the ground soon dried out the wind, it remained very dry. As this can affect the efficacy of the residuals, we had to irrigate one side of the field. Generally speaking, the residuals did not work as well as last year because of the very different, dry conditions. Nevertheless, for some residuals to work as well as they did when planting was done in dry, cloddy seedbeds, was remarkable and showed their class.”

“With the loss of many items from our crop protection toolbox, and possible further losses, it is important to have a number of years of trials in potential alternatives to some products that have been the backbone of weed control.

Each year has very different weather to the last and this affects efficacy, so Hutchinsons is working to understand how a product is likely to react in each situation so growers can make informed decisions.”